The über talented Dave MacDowell has once again donned his curatorial hat and gathered together 70 awesome artists from around the globe for a show which spotlights being under the influence. Wasted! – The Great American Pastime opened at WWA Gallery in Culver City, LA on the June 9th and runs until the June 29th. Thematically, the participating artists have all taken aim at the influence of drugs and alcohol on our culture, whether choosing to celebrate or demonize it.

For my own piece, which is a graphite drawing, titled “STR8″, I looked at things from a straight perspective and took inspiration from the straight-edge scene which was spawned from the lyrics of a Minor Threat song written in the early eighties. Ian MacKaye penned the words for the song “Straight Edge” which went on to influence a punk subculture who refrain from using alcohol, tobacco and other recreational drugs.

There is an incredible array of outstanding art in this show and it’s definitely worth making a visit to check out before the 29th! 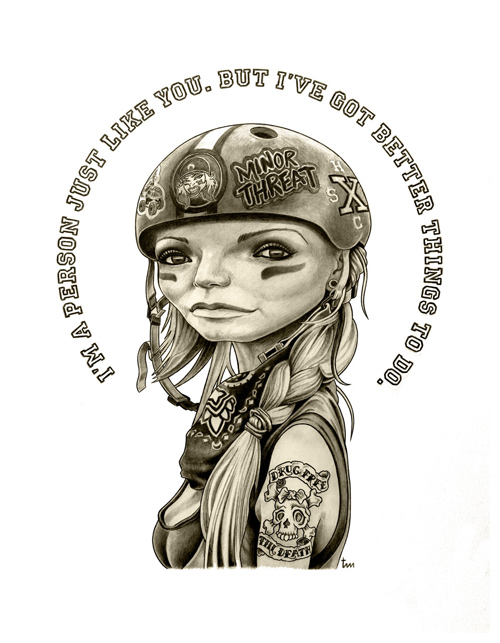 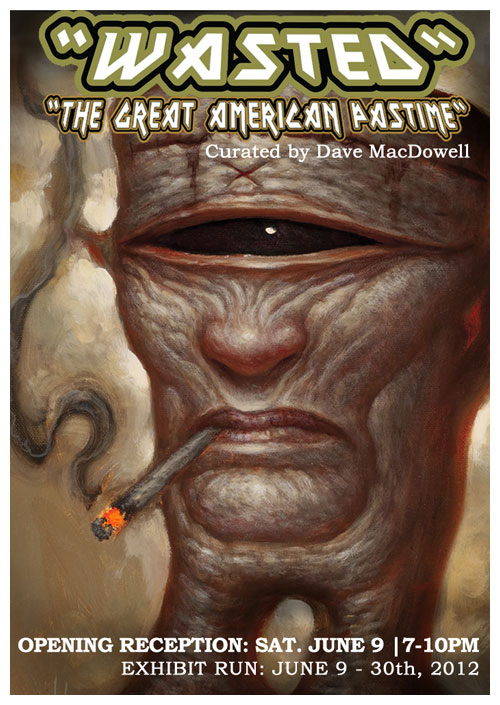 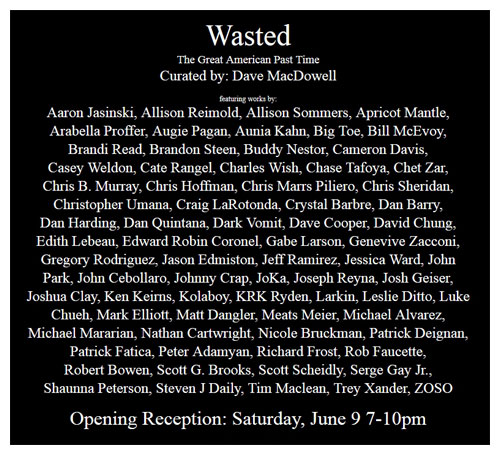 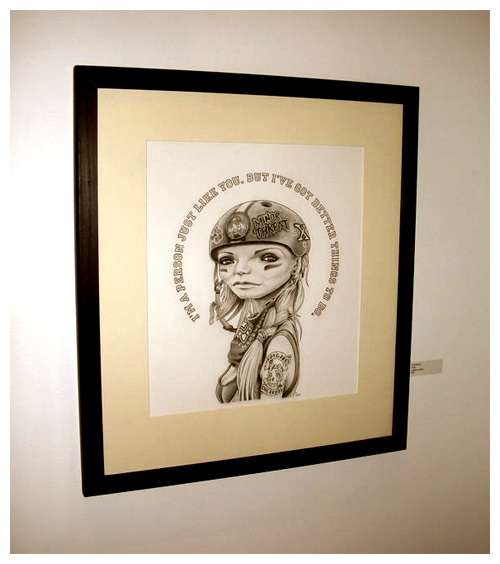 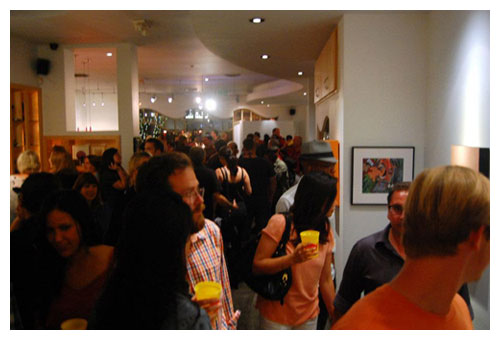 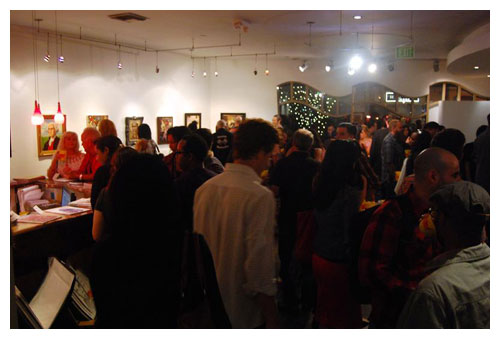 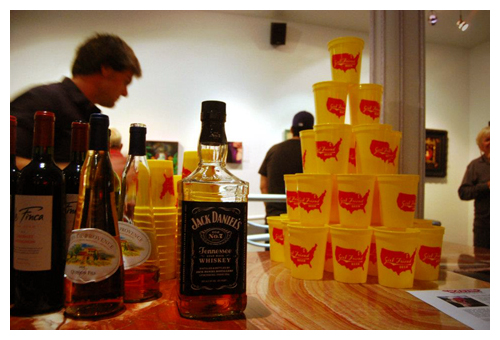